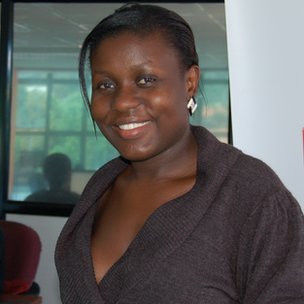 I started my primary school way back in 1992 and by then computers in Uganda was a luxury for the extremely rich, we never had a computer home as mine is a humble background. I first saw a computer in 1996 when our school opened up a computer lab, I used this lab once in my life, during this lesson the teacher moved with those that were catching on fast, never mind the ratio of computers to students was 1: 6. I did not get a chance to touch it as every one was eager to use the “new” computers, so with all my excitement and not touching the computer, I lost the enthusiasm and I do not remember why no one bothered to make sure we attended that class but I never went back and no one followed up to know why we missed, mind you I was not the only one, by third term, the class must have had 10 students out of 80 children. There was this lack of importance attached to it  as it was not examinable at UNEB level and I guess that is why most of us saw that time as free period!

When I went to secondary school, my first day  at the computer lab was exciting, it was not class time and I was bored so I visited the school lab, it was filled with boys which scared me at first but I decided to go in because many people had crowded one computer and I soon learnt they were learning how to play a game, it was called “prince” and the other was “Mario”. After learning the “how to” of these games, I was intrigued and hooked, so every evening that was my do, go to the computer lab, play games and head for “prep”. That is how I got interested in Technology.

As I went into the lab every day my teacher one of the only two we had in a school of about 400 students in O’level decided to  help me by giving me an exercise before I could play a game, and every day I looked forward to this because I got to play at the end of the exercise! I was learning something as I played. By the time I left secondary Ordinary level, I was equipped with basic computing. In my Advanced Level of secondary school, yes the school had a computer lab but it was always empty and being new I feared using the lab.  One of my teachers asked me to deliver exercise papers to him in the computer lab, after doing so, I greeted the lab attendant and asked to stay, I played games for a while and left, I was the only one in the room with two male teachers, after that I never went back.  I got my first Mobile phone around this time 2003, I was excited, I used to load minutes and call people  just to talk on the phone, I had my own phone, though in the past I used to call on my MUM’s phone, this time it was mine! This was thrilling to me!

My mum bought a computer when i was in senior 3 a desktop, and my brother dominated it, he used to sleep late and wake up early i just never got a chance since he was older than me! I got my first computer when I got government sponsorship at University as a present from a relative! It was a second hand machine but MINE. This eased my work at campus and often had many hands using it for course works and games and the like, one of my classes taught me visual basic and HTML and Dreamweaver, I could create a website and make it look the way I wanted!!!!!!!!!!!! Yey! For the next couple months I was getting pictures from the Internet mainly dresses and shoes and creating websites for fashion houses, the results were exciting! My project for my undergrad I designed a website for a friend (business closed down) and was proud to have my work online! Then it hit me I could design websites and get paid! There was so much to learn and I was willing to take on any challenge, learn as much as I could and be the best I could be in web designing!

During my first year at University I volunteered to train six leavers (just about to join university) basic computing to an orphanage and this experience made me want to teach the whole world what I know!

Here is why, we went through introductions and my students were very excited by turning on a computer for the first time, and of course playing cards as was the norm after every lesson it was game time (something I picked from my teacher in secondary school) teach and play! As we went on with classes one day one machine shut down abruptly, I did not know why or how to go about it but all my students were looking at me like I was the best geek in the world who could take on anything. Luckily for me I played around with the machine and it went back on, the respect I got from those students both boys and girls older, some older than me, was and still is priceless for me! Something that I took for granted was amazing to someone and this inspired some of them to take on technological programs at the university! Still proud of myself about that!

That is how my journey started in tech! today I am passionate about girls in the Ugandan education system because I went through it and was lucky to pick interest without being pushed or encourage but many girls in Uganda need this encouragement, that is why I desire to teach all that are willing to learn what I know in tech and as I learn more to pass this one with the hope that we will get a Uganda one day soon that has women in Technology excelling at top positions in Organizations without having to scratch so hard to find one women tech entrepreneur in Uganda!

The ldea of Women In Technology Uganda came from this passion to see more women in tech, I contacted a number of friends with this who all shared similar experiences, and that is how WITU started! with the sole aim of increasing the number of women in Technology, both users and makers, i want to see a room full of women designing, writing code and at top positions in big corporations in Uganda! I want to see an all women team winning an ICT innovation challenge in Uganda, a women software development team emerging winner for a bid that has been applied for by both men and women!